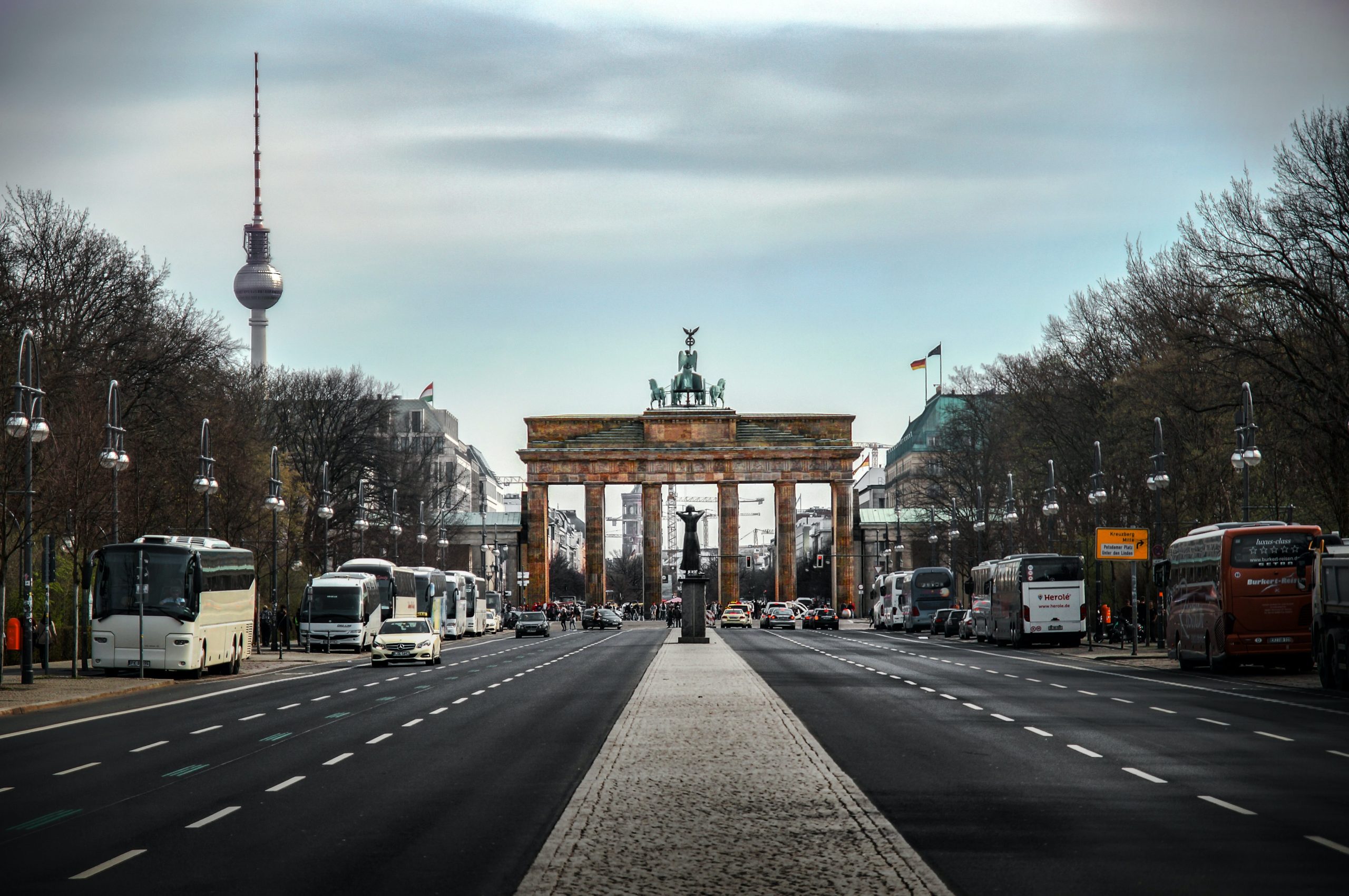 The development of professional counselling is due to a change in society. From the end of the 18th century to the 20th century, society changed from a feudal system to a bourgeois society due to industrialization.

“In the course of industrialization and progressive modernization, the holistic life context of everyday life, working, educating, and gaining experience was broken up and outsourced to social institutions: working, educating, learning, as well as leisure life increasingly took place outside of the family in differentiated and largely independent social functional areas” (Schubert/Rohr/Zwicker-Pelzer 2019, p. 2).

Due to this development, counselling by family, friends, and relatives became less important, since new requirements accompany changed lifestyles to which previous knowledge as well as experience can only be applied to a limited extent or not at all. At the beginning of the 20th century, institutionally run counselling facilities emerged as a substitute for the previous family counselling, which understood counselling as “education about living conditions” (ibid., p. 2). These services were made possible by helpful citizens, professionals, associations, professions, and political groups.

The curative education counselling center founded in Hamburg was one of the first in Germany. As a result, educational and curative education counselling centers were founded in other places. At that time, terms such as “support, treatment, or nursing care” (Schubert/Rohr/Zwicker-Pelzer 2019, p. 5) were used, as the term counselling was not yet widely used. Due to a change in the labor market and the right of women to work, an increased need for counselling arose. This resulted in career counselling before World War I, which made a “decisive contribution to a scientifically based counselling system” (ibid., p. 7). With the end of the First World War, the range of counselling services also increased in the areas of education, pedagogy and sex education. For example, legal aid offices of the women’s movement, information offices for women’s professions, sexual counselling offices, and counselling offices for maternity protection were established (cf. Gröning 2010, p. 43). These institutions provided advice, information, and recommendations for possible careers (e.g., the legal aid offices for women or the information office for women’s professions). Likewise, sexual counselling centers provided information about the abortion ban and illegal abortion, offered assistance or, for example, distributed contraceptives that were banned at the time. At the time of the Weimar Republic, there were more than 400 sexual counselling centers, more than 80 legal protection centers of the women’s movement, and about 40 counselling centers for maternity protection and sexual reform (cf. ibid., p. 43).

Developments in the guidance system were initially halted when the National Socialists seized power. Vocational guidance became a state program designed to direct and influence the workforce. Only through the Child – Guidance – idea, which was carried from America to Germany from 1950, an “expansion of educational counselling ways of thinking and acting” (Schubert/Rohr/Zwicker-Pelzer 2019, p. 9) has emerged. The Child – Guidance – Movement is a concept that includes both the “early detection, diagnosis, counselling and treatment of child behavioral and developmental disorders as well as counselling parents” (ibid., p. 5f). As a result, the environment of the children, the attitudes and upbringing of the parents became increasingly important for the counselling process. From 1953 on, it was therefore considered mandatory for youth welfare offices to offer counselling services.

For the FRG, the 1960s and 1970s led to a “surge of scientific and methodological modernization” (ibid., p. 9). This can be attributed, on the one hand, to economic and psychological developments and, on the other hand, to the “popularization of psychotherapeutic ideas in the context of the 1968 – movement” (ibid., p. 9). These years can be seen as a “phase of consolidation of counselling” (ibid.). A professionalization of counselling followed and the range of counselling services was greatly expanded: Marriage, family and life counselling, pregnancy conflict counselling, drug counselling, telephone counselling and, from the 1980s on, increasingly debt counselling services. Social services were obliged to offer counselling and binding standards were formulated. A change in the education system led to more and more people graduating from higher education institutions. Accompanying this was a growing need for school career and academic counselling.

“In Germany, counselling has been located as a continuation of bachelor’s degree programs in the humanities in the sense of specialization” (Schubert/Rohr/Zwicker-Pelzer 2019, p. 265). Master’s programs in the field of counselling are considered consecutive and continuing. The only entry requirement is a bachelor’s degree in the psychosocial field. “In continuing education contexts, the term “training to become a counsellor” is often used” (Schubert/Rohr/Zwicker-Pelzer 2019, p. 264). However, apprenticeships are completed with a recognized professional or university degree and are classified as formal learning. In continuing education institutes, learning is informal. Continuing education courses last several months, are oriented to a curriculum and structured according to modules, and are completed by certificates and not with a state-recognized certificate (cf. ibid., p. 264).

Since counselling is not regulated by the state, there are no general, standardized continuing education programs that newcomers to the profession must complete in order to be allowed to call themselves counsellors in Germany. Such specific courses exist only for school psychologists and school counsellors. In contrast to psychologists and psychotherapists, the term “counsellor” or “psychological advisor” is not protected by law. To become a psychologist, a master’s degree in psychology is required. In addition, to be allowed to practice as a psychotherapist, a postgraduate education of 3-5 years must be completed (cf. Strasser 2013, p. 209f). Therefore, those who work as counsellors may have significant differences in their specific knowledge and skills. However, there are continuing education and training programs offered by professional associations, nonprofit continuing education providers, and private continuing education institutions. These programs usually provide participants with basic theoretical knowledge as well as practical skills. However, participants must bear the costs themselves (cf. ibid., p. 210).

The German Society for Systemic Therapy, Counselling and Family Therapy (DGSF), which was formed from a merger of the DAF and DFS associations in 2000, is one of the largest systemic umbrella organizations in Germany with over 7000 members. Many further education institutes have their systemic further education certified by the DGSF in order to reduce differences in training and further education. This accreditation procedure serves as an assurance of the ethical basic attitudes as well as the professional quality of the further training. Through the own description and presentation of the institutes in the accreditation process, a greater transparency for further education participants and the possibility to recognize differences as well as similarities between institutes arises. “The process of accreditation should foster mutual curiosity and interest, create the framework for support and cooperation, and promote development and innovation in the institutes” (DGSF 2020).

Counselling deals with the management of conflicts and problems that can arise from everyday and professional demands. Together with the counsellor, possible solutions are developed based on concrete situations. The general goal of counselling is “to enable individuals, couples, families, and groups to cope appropriately with problems, to shape their lives, and to create individual and social quality of life and biopsychosocial health” (Schubert/Rohr/Zwicker-Pelzer 2019, p. 199). When asked in which settings counselling takes place, different categories are listed.

Further categorization can be made by target group. These include, for example: Couples, families, people living in separation or divorce, single parents, step, foster, adoption, patchwork, migration, and poverty families, pupils, students or pensioners, the unemployed, chronically ill people and their relatives (cf. Schubert/Rohr/Zwicker-Pelzer 2019, p. 199).

“Crucially, in all categories and classifications, counselling is always located in its basic concern: enabling clients to shape their lifestyles, quality of life, and health in their diverse life contexts” (Schubert/Rohr/Zwicker-Pelzer 2019, p. 200). Frequently, those seeking counselling are affected by diverse problems and stresses that influence one another. This “multiperspectivity of burdens” (ibid.) requires a professional approach and sound counselling skills on the part of the counsellor. Furthermore, there are also forms of involuntary counselling, such as in drug or youth counselling (cf. Nestmann, Engel & Sickendiek, 2004).

An examination of the current state of counselling reveals a great deal of ambivalence. On the one hand, the counselling profession has developed into an established form of professional support, serving a variety of different groups of people with diverse problems and difficulties. On the other hand, it shows remarkable deficits in terms of professionalization. Although the lack of professional regulations are considered constitutive for the field of counselling, the need to establish a unified and systematic basis for the profession is recognized (cf. Strasser 2013, p. 211).

“If counselling, especially psychosocial counselling, is to be established in society, three things are needed: a) emancipation from therapy (schools) and clear reference to lifestyles, b) description of concrete competencies of the profession of counselling, and c) elaboration of quality standards. Psychosocial counselling must be integrated into the health and education system, and employer-funded coaching must become an employee right like vacation and sick pay, as must team and case supervision” (Schubert/Rohr/Zwicker-Pelzer 2019, p. 272).

In all areas of counselling, multicultural expansion will determine the future of German counselling. Opening up and adapting existing counselling services for people belonging to minorities is a major challenge for practitioners*. This applies not only to cultural diversity, but also to diversity in terms of age and gender. The counselling needs of older adults continue to be largely neglected. There are only limited specific services for them, which are limited to a few problem areas (cf. Strasser 2013, p. 211).

For a more in-depth examination of the counselling profession in Germany, interested readers are advised to read the following articles as well as books: